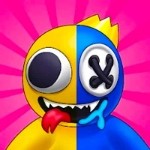 Monster Card Battle is a confrontation battle game for boys. It is a collection of battle cards with a simple battle card battle system. Pick fifteen cards from a large number of cards to face the battle, and place the cards in the corresponding positions to defend against enemy attacks, while attacking the opposite side. Can you succeed?