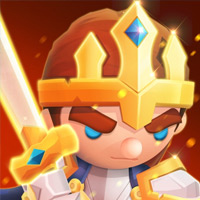 Epic Defense Clash is an online HTML5 game, it's playable in browsers such as safari and chrome. You can play the game on smartphones and tablets (iPhone, iPad, Samsung, Android devices, and Windows Phone). Epic Defense Clash is an intriguing casual game. How many warriors ever came back safe and sound? Asked one ancient Chinese poet. In face of a host of daunting monsters, will you be brave enough to join the epic defense war? You will be given mighty weapons of various kinds to attack and kill the enemies. It is high time to display your martial prowess and unparalleled bravery. 95.68% of 2 players like the mobile game.