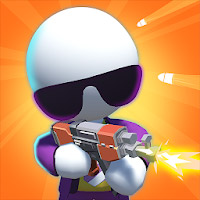 Agent J is an online HTML5 game, it's playable in browsers such as safari and chrome. You can play the game on smartphones and tablets (iPhone, iPad, Samsung, Android devices, and Windows Phone). In the game Agent J, you will play as the fearless spy Mr. J. He is an undercover agent who is good at handling difficult situations. Your mission is to use your shooting skills in this ultimate spy game, unlock unique weapon upgrades and upgrade your spy game, invade the computer interface, go over surveillance cameras and dodge deadly lasers, and fight your opponents in an epic battle Confrontation and become the only ultimate spy, are you ready? 95.68% of 4 players like the mobile game.